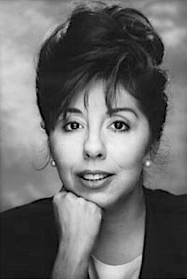 Ms. Cordova began working in the film industry when she started working with Robert Faber, her current business partner at FILMLOOK, Inc.  They soon became experts in the world of video production and soon found a way to shoot video with an unprecedented and unique technique that surprised the world of film professionals.  In 1989, they started FILMLOOK Inc. and their patented process became known as FILMLOOK®.  Since Ms. Cordova and Mr. Faber entered video production from outside the typical Hollywood film industry, their concept of making video look like film was not readily accepted.  This stubborn viewpoint created a challenge for FILMLOOK, one that they would eventually overcome with amazing success.

Providing the infrastructure to build FILMLOOK to be one of the leading post-production facilities in Hollywood, Ms. Cordova managed the operations, administration, accounting and client relations. She also developed an intensive marketing strategy, which has been an integral element of FILMLOOK’s progress and success throughout their many years